When you think about painting, what crosses your mind is typically the creation of art using a brush. That’s to be expected, considering that it has become synonymous with the art form over the years.

Nevertheless, you may be quite aware of the fact that other implements can be used to create art pieces. What you probably thought you would never hear about was the use of any kind of knife to complete paintings.

It just so happens that pallet knives exist, and they are very versatile in the artistic world. Anyone who uses them may bring them on as a supplemental tool for their paintbrushes, while others opt to abandon the said brushes in favor of the knives instead.

What Is Palette Knife Painting?

The palette knife is primarily suited to applying paint to a canvas and mixing paint colors. You may also find that they’re well suited to adding texture to a painted surface. Just in case you were wondering where the name came from, it’s rooted within the artist’s palette, used for the mixing of acrylic and oil paints.

How Do You Paint with a Palette Knife?

Pallet knife painting can be achieved in a few ways. The first is via patches. As the name implies, the artist takes a blank canvas or a dry layer of paint and uses the palette knife to apply clean patches of color atop it.

The surface of the blade is conducive to a motion akin to smoothing frosting over a cake. Since you are not using a brush, there is no need to dilute your paint with medium, as you would be required to do if a brush were to be used.

Originally, if you do apply a layer of paint that’s too thick, it’s no inconvenience to use the edge of the knife to scrape some away. This technique allows you to dial things back without weakening the color statement.

Texture painting is next, and it allows you to either create a real texture or an illusion of one. The motion used helps to replicate known patterns such as wood grains. However, you could also choose to use thick strokes intentionally, allowing for textures to truly protrude from the surface.

The broken color technique also exists, which sees the artist apply paint to the palette knife and create layers that bear small window-like openings intentionally. The pressure of the stroke and the texture of the surface being used for painting come together to determine how large the openings are.

The final technique to be discussed is that of lines, and this sees you line the edge of the blade with pants, drying it across the canvas, creating incredibly crisp and straight lines. Whenever boundaries are needed to give form to an art, such as you would need to do when painting furniture or buildings, this is the technique that would be used. 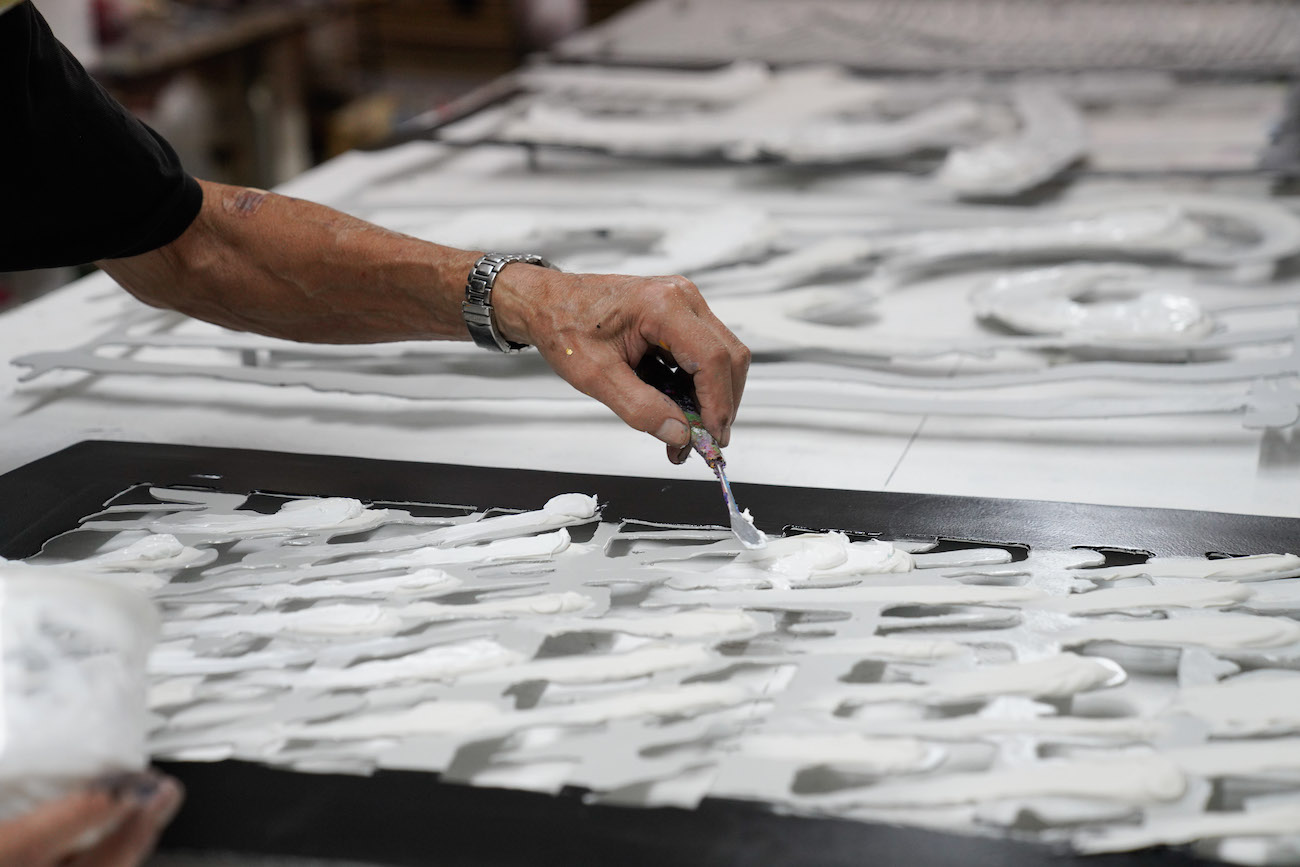 What Is Painting with a Palette Knife Called?

Painting with a pallet knife is known as the impasto technique. It has historical origins which are explored a bit below.

What Is the Difference Between a Palette Knife and a Painting Knife?

Depending on where you go, you may become privy to conversations about either pallet knives or painting knives. Realistically, many use these terms interchangeably, but they are different things.

The physical characteristics of each are what you would use to visually identify the difference. With a pallet knife, you find that it has a rounded tip, happens to be straight, and is specifically designed to mix paints on a pallet.

A painting knife, on the other hand, has a slight bend that you typically expect from a trowel and is known for its pointy tip. Instead of having a composition suited to mixing paint, it has one that is meant for applying paint to the canvas. It is perfectly shaped to assist you in keeping your fingers safe and away from wet paint as you apply it.

Did Van Gogh Paint with a Palette Knife?

Earlier, the historical use of palette knife painting was briefly mentioned, and this is where the reference lies. In the 19th century, the legendary Vincent van Gogh was known for using this painting methodology.

In doing so, he would use thick daubs of oil paint applied to canvas. This led to outstanding texture work, swirling, etc. His creation of textured art, in particular, would go on to become one of the signature elements of his career.

Note that he was not the only artist of the past that used the technique. Others, including Henri Matisse, Marc Chagall, and Paul Cezanne, also used pallet knives, alongside painting knives and brushes, allowing for a stellar creation of art pieces that would often appear to protrude from the canvas. 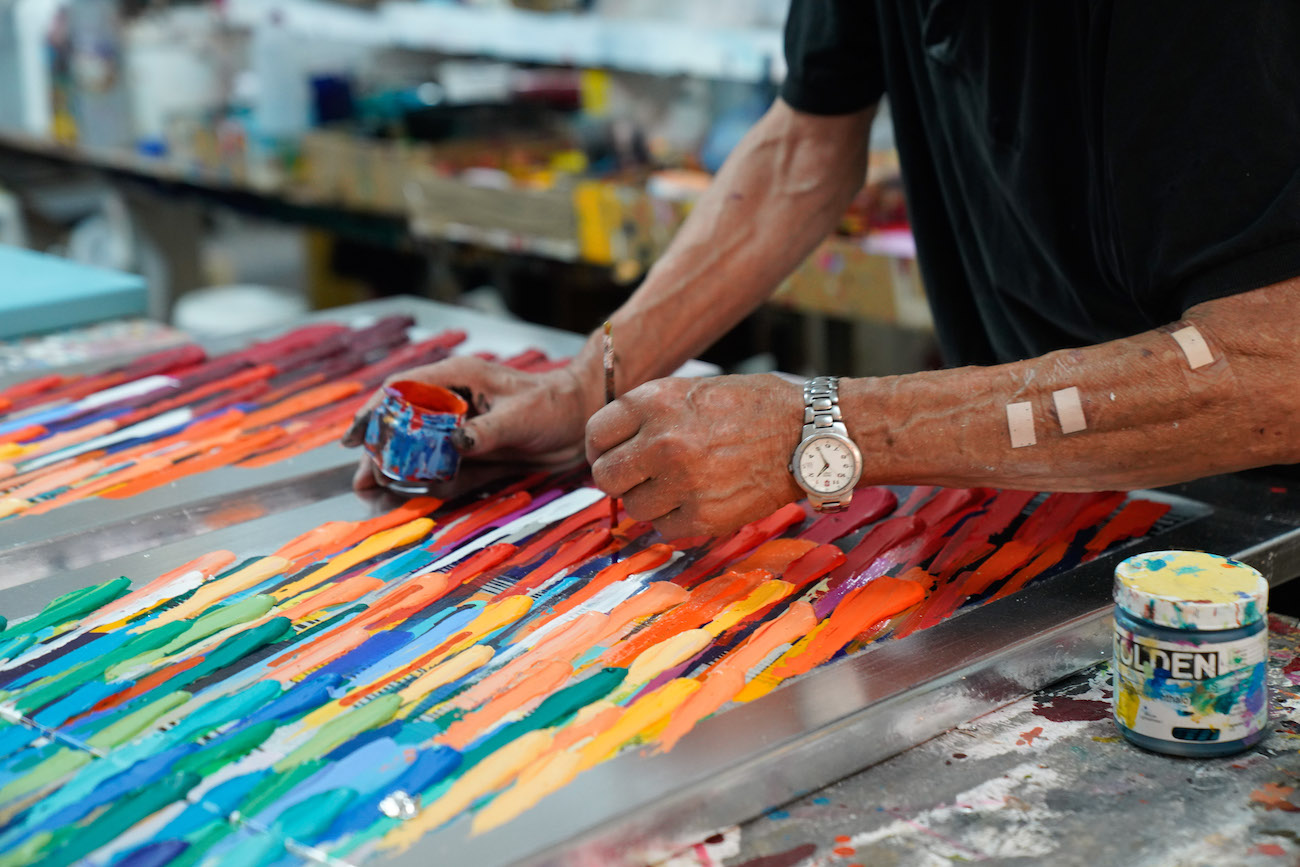 There is no doubt that the use of the palette knife is both masterful and impressive. Similarly, some contemporary artists and styles also push the boundaries of talent and implement somewhat unconventional techniques.

Calman Shemi is one example of such an artist, known for creating reflective tones atop a canvas. He implements several unique techniques, creating an unmistakable yet signature style. Reference his “Notes” artwork if you want an illustration of what that looks like.

He certainly speaks through his art, and seeing the finished products provides glimpses into his sources of inspiration.

A palette knife, while suited to mixing paints and applying them to a canvas, is quite versatile and can be used to create outstanding pieces using four distinct techniques. It’s not the same as a painting knife, which is more suited to applying paint to an art piece while protecting your fingers.