What would life be like without color? It might be difficult to imagine a world without warm flushes of pink, violent flashes of red, or vast floods of blue. Humans figured out long ago how effortlessly color can tell a story or invoke a feeling. Even outside the realm of the arts, it is intricately woven into the fabric of society.

Color has become such an essential component in people’s lives, and it makes perfect sense. Every aspect of humanity involves color in some way, so its influence is easy to see and that’s exactly the point – of sight. It’s not hard to understand why that would be of significance to a largely visual species.

Ancient Greek Philosopher Aristotle was one of the greatest philosophers in history and is credited as the first to bring the concept of color theory to light.

He not only suggested that all colors came from black and white, but further believed that four basic colors represented the elements of the world: gray for the earth, green for air, blue for water, and red for fire.

However, it was English mathematician and physicist Sir Isaac Newton, who proposed, nearly two millennia later, the seven colors making up the visible light spectrum.

Throughout history, great minds have devoted themselves to the tireless pursuit of advancement in every known field. One such mind, Albert Henry Munsell, defined a system of color based on quantifiable attributes: value, hue, and chroma.

What do these attributes mean exactly? Hue represents the color specifically, e.g., red, blue, green, etc. Value represents the brightness of a color, i.e., the quality that distinguishes a light color from a dark one. Chroma represents a color’s intensity, i.e., how vivid color is.

All modern systems of color descend from Munsell’s invaluable contribution. His precise scientific definition allowed color to be completely distinguishable from any other perceived one.

Thanks to Albert Henry Munsell, color can be defined as the property of an object based on its hue, value, and chroma. These attributes rely completely on functional photoreceptors (the cells in the retina that respond to light) so without vision, there can be no perception of color.

Light and the ability to see it aren’t the only factors involved in color perception, however. There can be differences in how observers respond to stimuli, and this can affect individual interpretation. Therefore, one person can see blue while another person sees purple even though they’re both looking at the same color. 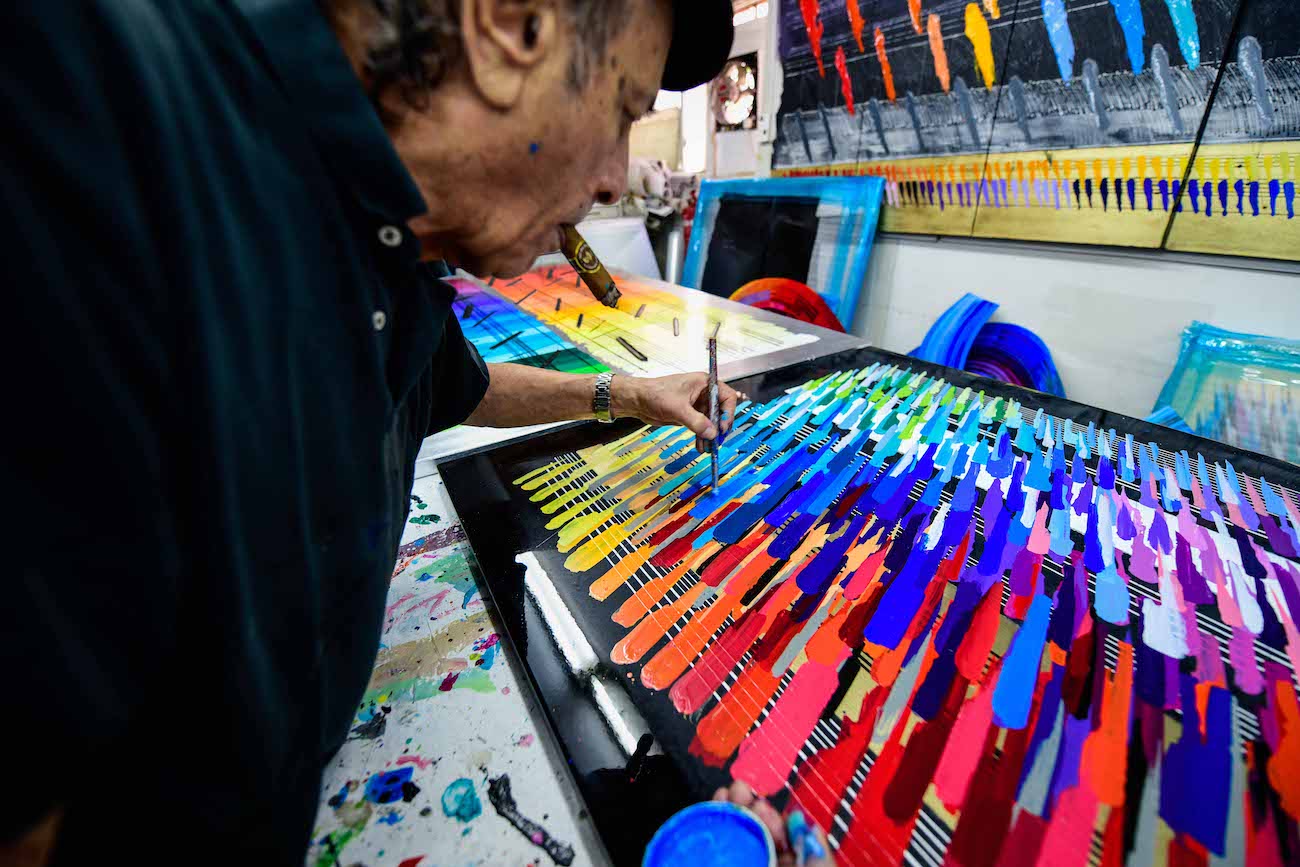 Meaning of Colors in Art

The colors of the spectrum, chromatic colors, include all shades except for black, white, and grey (known as achromatic colors). A color with even the slightest amount of hue is a chromatic color; they are colors in which only one wavelength of light dominates.

An object’s color is determined by the way light interacts with that object and color attributes make it possible to reproduce these colors. Naturally, this is a great boon to artists since it allows them to recreate the colors that they see.

Artists of varying disciplines use color to portray light, depth, mood, etc., in their pieces. They use their knowledge of color theory, i.e., the guidelines for mixing, combining, and manipulating the color spectrum, to produce truly exquisite works of art.

Tints and shades are important artistic concepts. A hue can be manipulated by adding white (to produce tints) or black (to produce shades).

No serious discussion that seeks to highlight the artistic value of colors can be considered complete without the mention of Calman Shemi.

The 83-year-old, Argentinean-born sculptor and painter graduated from Mendoza’s School of Sculpture and Ceramics. Shemi understudied Libero Badii, an Italian Argentinian, whom he credited with placing him on the one true artistic path.

In 1961, Shemi joined Kibbutz Carmia. He would settle there for the next 20 years where he worked in agriculture and as a sculptor working with wood and clay.

During this period, Shemi created the “soft painting” technique he’s so famously known for. Shemi uses a layering technique on colored with various textures and eccentric shapes, doing so over a color drawing. The fabrics get meshed to each other and the background, thanks to the expert use of a sewing machine that’s both threadless and features 9,000 needles. The result is a vibrant piece infused with vividly explosive color.

Calman Shemi was and still is the type of artist that seeks to challenge both himself and pre-existing conventions. He succeeded in achieving these goals with the development of his lacquer painting and window painting techniques.

Though Shemi’s lacquer and window painting styles are unique, they still share similarities with centuries-old, ancient art techniques of Japan and China.

His visually stunning and innovative artwork is heralded as nothing less than a celebration of color, a declaration of exuberance, and a bold departure from the norm. You are encouraged to review his catalog, which is a testament to the experience he has garnered. 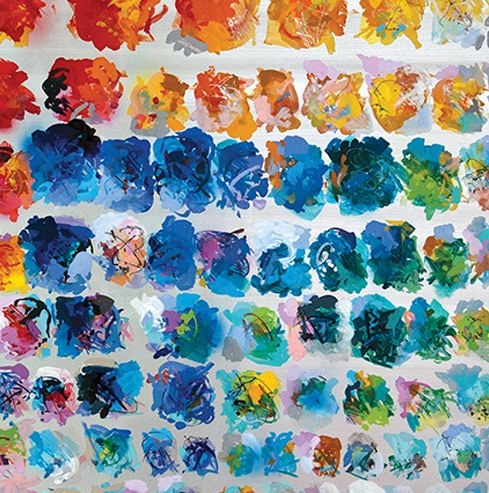